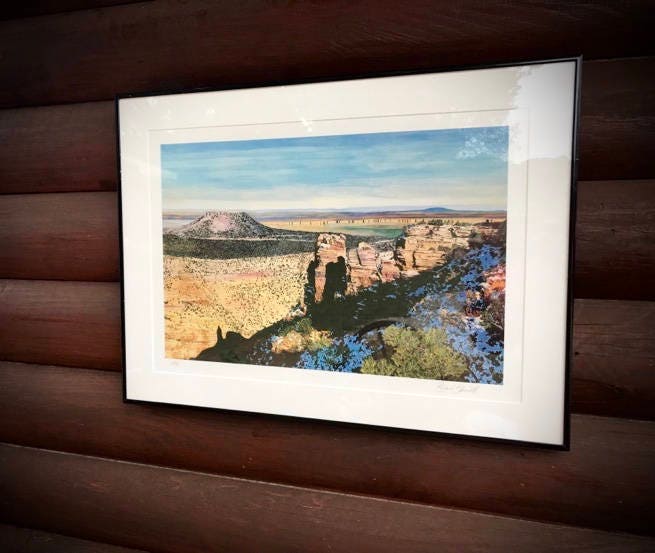 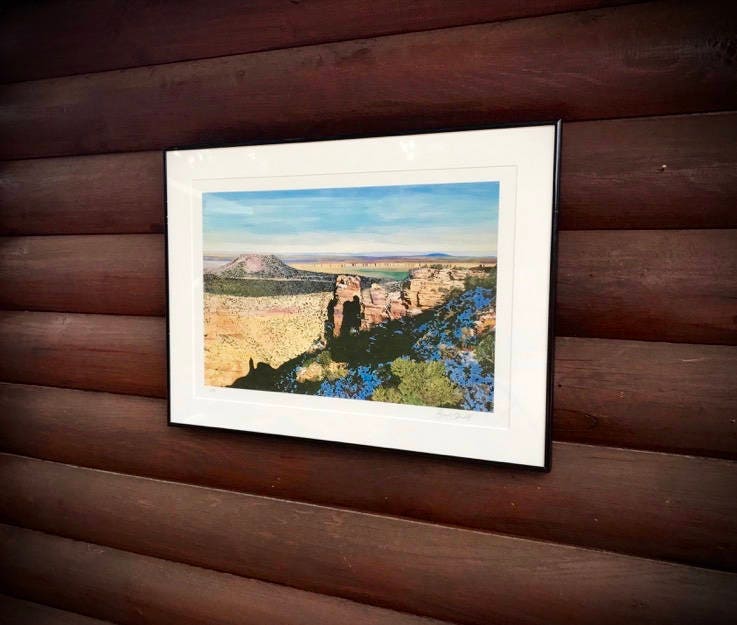 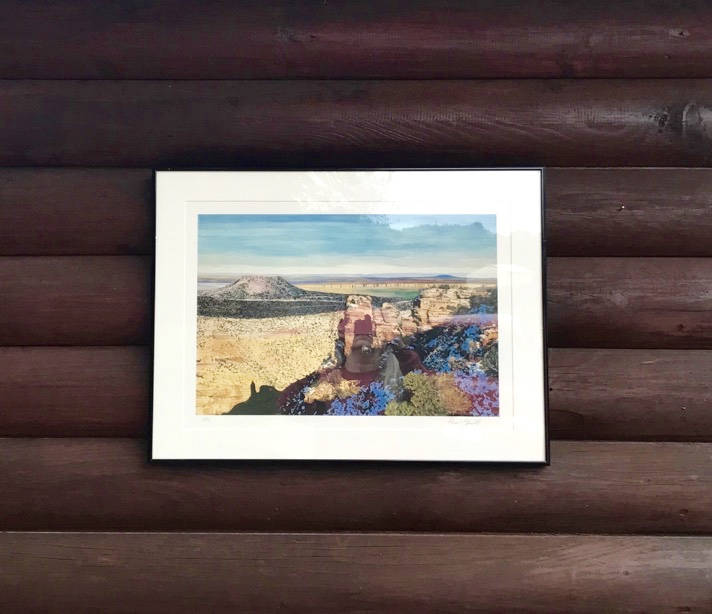 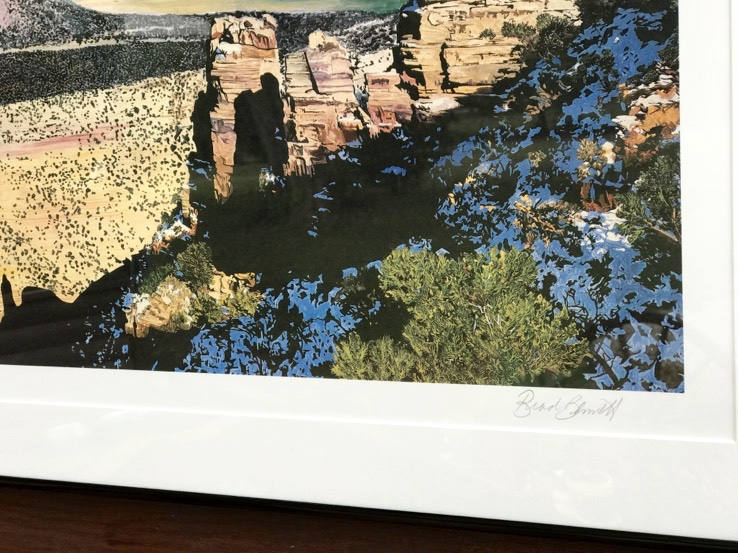 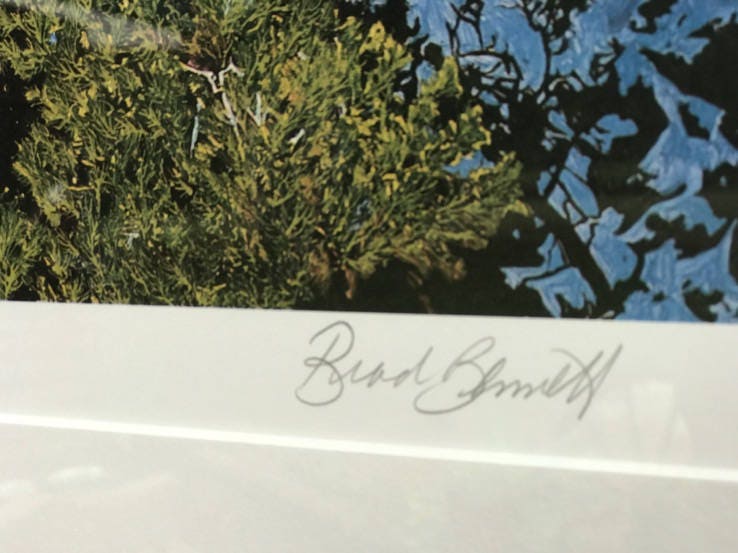 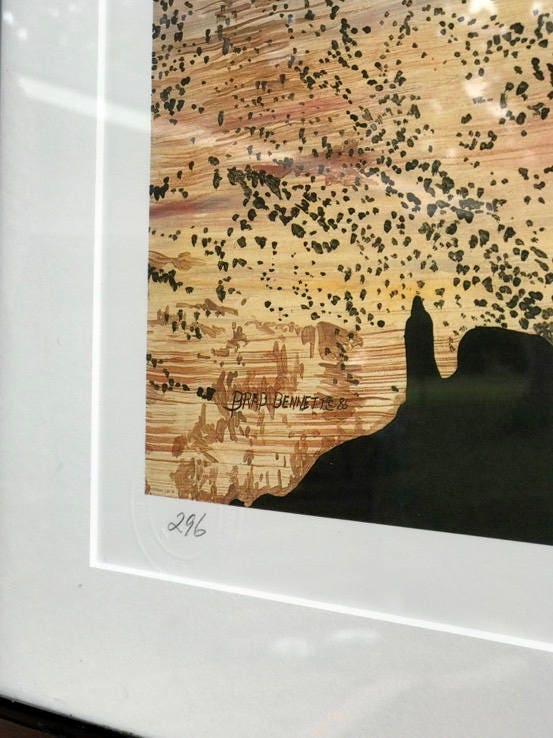 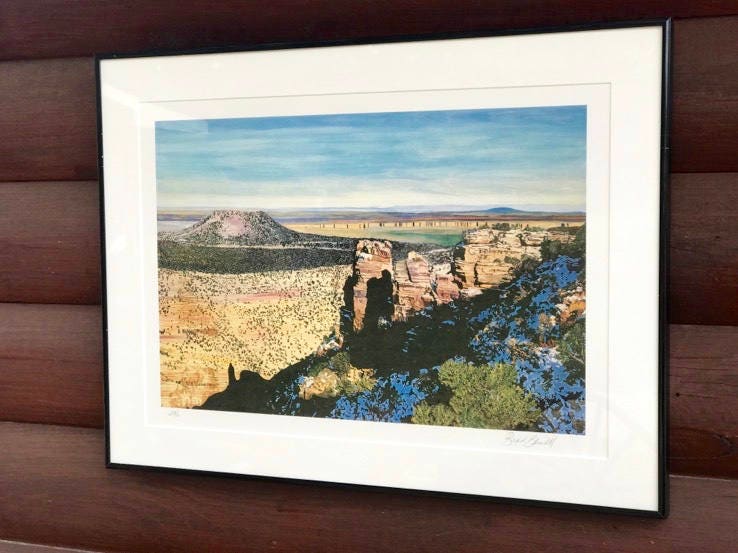 Vintage watercolor, signed, dated 1986 and numbered # 296 print. professionally matted and framed, simple black metal frame, would suit many decors, modern, southwest home decor, southwestern high desert scene, the colors are vivid, and you have to look twice cause it almost looks like a photo.

Brad Bennett is a very accomplished Chicago artist, who eventually became a well known sports artist, he was commissioned in the 80`s by the Major League alumni to paint all the Major League stadiums, he spent about 3 years touring USA and Canada and by 1991 had painted 26 stadiums, he called the series " The American Baseball Temples" this had never been done before, he also was popular in Hollywood doing painting for sets.

I just fell in love with this piece as we have just returned from a vacation in Taos, New Mexico and the landscape is very similar. beautiful vistas

I gladly accept returns and exchanges

Ship items back to me within: 7 days of delivery

But please contact me if you have any problems with your order.

The following items can't be returned or exchanged

Because of the nature of these items, unless they arrive damaged or defective, I can't accept returns for:

I do offer custom and or personalized items. And if you are purchasing an item and would like anything added I will be glad to try to accommodate your requests, once an item is personalized it will not be returnable! Unless it is damaged in shipment or if there is error in the personalized portion of work, then I will "Gladly" replace or refund. I have much pride in " old school customer service"

I can offer wholesale pricing on some items, I do require a minimum order of $ 250.00 on first order. You must contact me with your requests and I do pre-qualify my vendors that represent my work.
I also can design items for wholesale accounts.

If you see an item you like but would like a different finish or size, contact me with your request for any changes and or new products you would like and I can give you a quote for price and time frame for custom items.
Design service fee may apply in some cases and can be quoted at time of request.

0 items in your cart